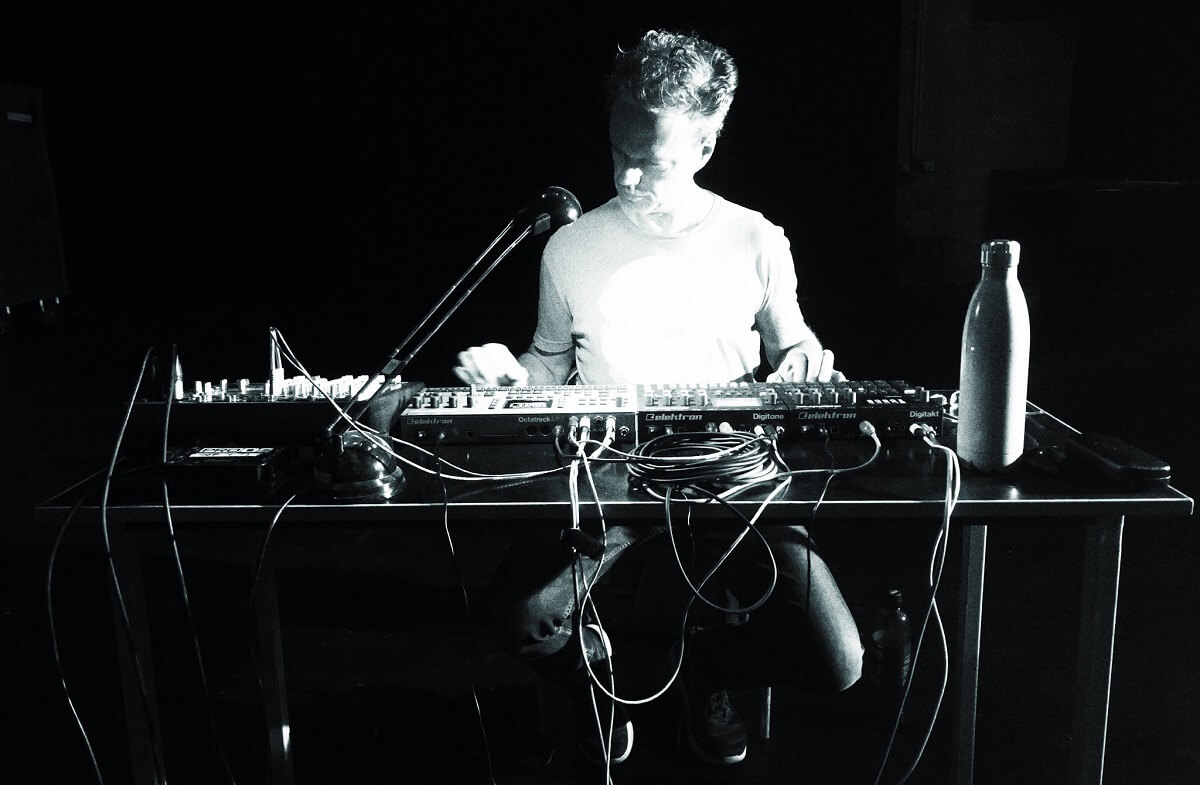 Potsdam – Marc Eisenschink is a musician, sound designer and composer. He has already composed the music for more than 40 plays and works for renowned theatres such as the Comédie Française Paris or the Deutsches Theater Berlin. Since 2019 he has also been producing electronic music in the Ambient/Noise genre under the name EISENSCHINK!

As the author of his works, he is thus automatically subject to copyright, without having to register his compositions anywhere. And exactly here lies a problem that almost all musicians and composers know: They must be able to prove beyond doubt at any time that they are the author of their piece. In other words, in the event of copyright disputes, they have to be able to prove that they were the first to create the composition and therefore have the right to decide on the use of this work.

“Particularly in the field of Ambient/Noise, the pieces differ in part only in terms of different sound textures – quite in contrast to motivic music, which allows clear differentiation through melody and rhythm,” Marc Eisenschink clarifies the problem. Involving a notary would be one way for him to prove his authorship. However, the musician has decided on a more practicable, simpler and cheaper option: In order to be able to prove, if necessary, authorship and date of origin of his music pieces, he uses Documentchain (https://documentchain.org/).

Documentchain is a distributed, decentralized database that uses blockchain technology. The Documentchain, developed by Softwarebüro Krekeler (www.krekeler.de), enables the musician to back up files of any size or long pieces of music in text and sound in a comprehensible way without having to publish them. “In simple terms, the Documentchain stores information in interconnected data blocks. They are provided with time stamps and transaction data. In this way, Documentchain provides proof of how long a document has existed,” explains Harald Krekeler.

In addition to the musical work, Marc Eisenschink always creates a document or a voice memo with his name, the date of creation and notes on the piece of music. He packs all files into a ZIP file and then saves it with Documentchain. “The files themselves are not published, they remain with the composer. Only the hash value of the file, i.e. the digital fingerprint, is permanently stored in the distributed database,” says Harald Krekeler.

Each revised version of a document is also stored in Documentchain in a tamper-proof manner with a time stamp. For the musician, this means that every progress in his works, every revision of his piece of music is documented beyond doubt with Documentchain. “Sometimes I only have a sound or a short motif in my head, on which everything else is later based. At that point I often don’t know whether I’ll follow the idea at all. But before I bring it to my cooperation partners or clients, I already deposit it, even if it is only a sum”.

Like most musicians, Marc Eisenschink also has a large archive of pieces of music and ideas stored on several hard drives. “When I heard about Documentchain, I also took the opportunity to tidy up a bit,” he smiles and continues: “The important sound files are now neatly structured and copyrighted with the Blockchain technology.

In order to use Documentchain, an application software is required. This is the open source wallet software “DMS Core” for Windows, Linux or macOS. Professional document management solutions such as Office Manager DMS as well as web services are also able to communicate with the wallet via API, so that the Documentchain can be used without additional software.

Marc Eisenschink is a musician, sound designer and composer. He has composed the music for over 40 theatre plays and works for the Comédie Française Paris, the Deutsche Oper Berlin, the Deutsches Theater Berlin, the Volksbühne Berlin and the Hans Otto Theater Potsdam, among others. As a guitarist he plays in various formations and has already performed at the BergenFestival in Norway and the Performing Arts Festival in Shanghai.

Since 2019 Marc Eisenschink has been producing electronic music in the Ambient/Noise genre under the name EISENSCHINK!